YouTube – a.k.a Google – does not want to fall behind Facebook in developing artificial intelligence or machine learning. To keep up, they have rolled out a new look on their iOS and Android applications that recommends content based on what you have seen in the past. 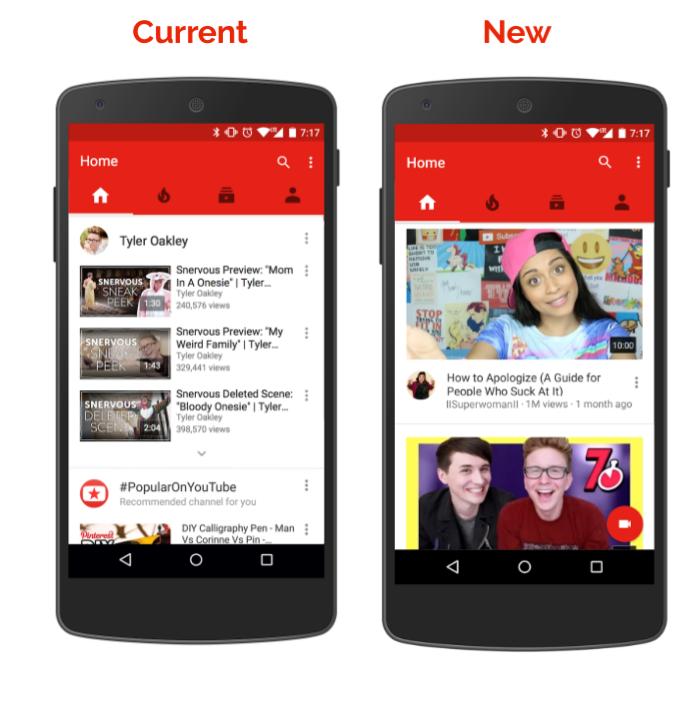 Delivering a personal recommendation engine that shows YouTube really understand you is our goal. We’re able to do this because Google has some of the best machine learning in the world.

The homepage of the iOS and Android apps features larger images. Wright told CNET the new recommendation engine can turn up content that was uploaded less than one hour earlier, as well as new content from users’ subscribed channels.

“We want YouTube to communicate this feeling that it understands you,” Wright told TechCrunch. So, while you may see slightly fewer recommended videos in the mobile app now, those videos will (hopefully) be more relevant to you!

It’ll be interesting to see what (if any) effect this change will have on YouTube Creators.