Facebook usage in the US peaks during primetime; TV viewing peaks in the same part of the day.* According to a recent survey by the Interactive Advertising Bureau (IAB), nearly seven-in-ten people use their smartphones while watching live television.

This led to GlobalWebIndex (GWI) examining the viewing habits of the social network’s users.

As per GWI’s blog: https://www.globalwebindex.net/blog/tv-viewing-habits-among-facebookers

Currently, about 1 in 5 Facebookers are paying each month for a TV streaming service. So far, it’s Netflix that will have been gathering most of this revenue; over a fifth of Facebook active users are watching the service, twice the number that are using Amazon Instant Video.

But perhaps the most striking stat here is that Facebookers are now devoting an average of 0.71 hours per day to online TV. That might put it some distance behind linear TV (2.52 hours), but the scope for growth here is not hard to see.

Please read and Download a copy of the Digital Versus Traditional Media Consumption Q3 2-015 here: http://insight.globalwebindex.net/media-consumption 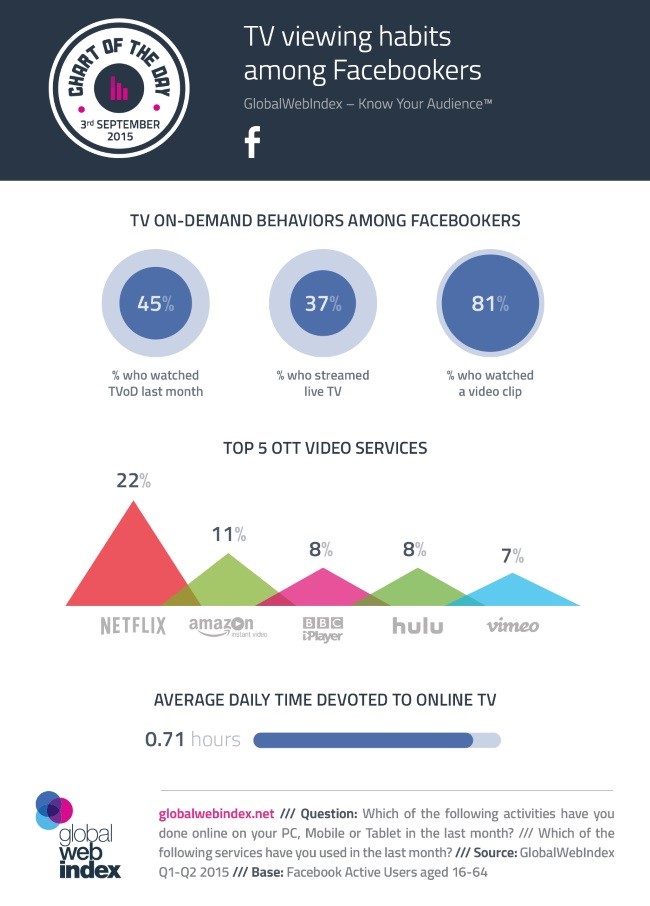